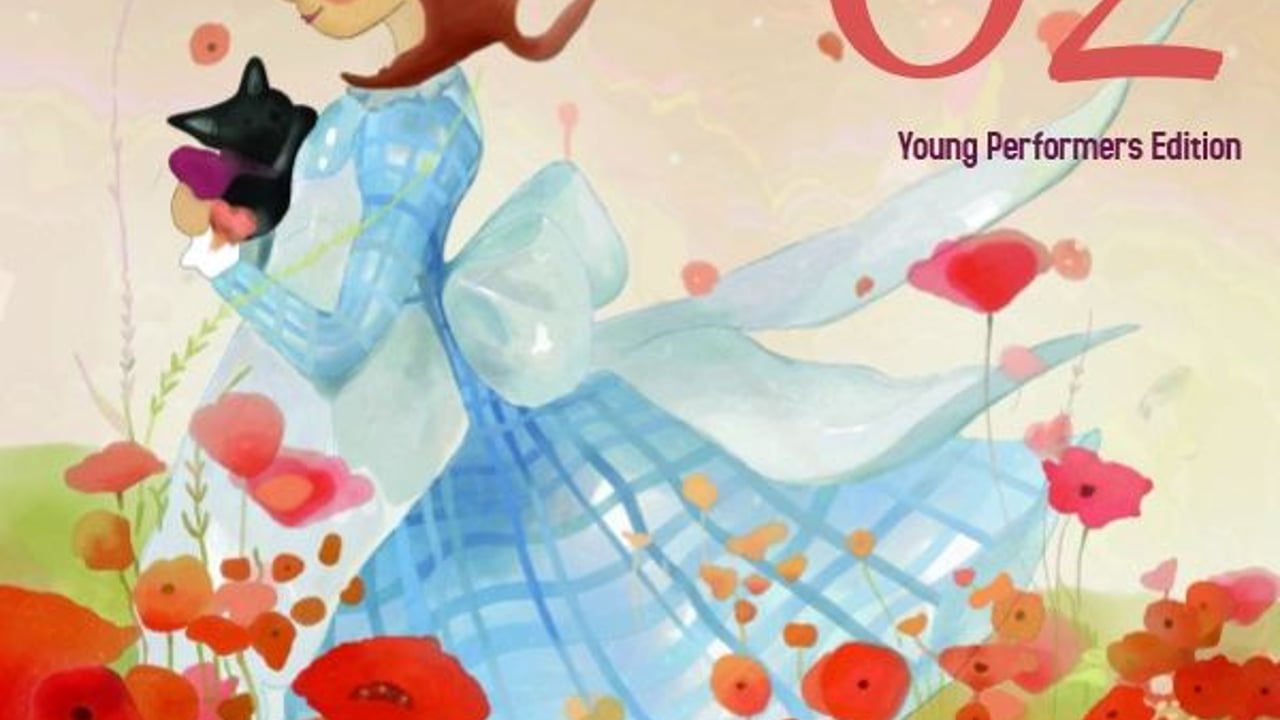 THE WIZARD OF OZ
By L. Frank Baum
With Music and Lyrics
by Harold Arlen and E. Y. Harburg
Background Music by Herbert Stothart
Dance and Vocal Arrangements by Peter Howard
Orchestration by Larry Wilcox
Adapted by John Kane for the Royal Shakespeare Company
Based upon the Classic Motion Picture owned by
Turner Entertainment Co. and distributed in all media by
Warner Bros.
Adaptation and support materials for the Young Performers’ Edition
Developed by iTheatrics
Under the supervision of Timothy Allen McDonald

Except for the credits for John Kane, Peter Howard and Larry Wilcox, the above credits for all purposes shall be in type size equal to that of any other credits except for those of the star of the show. The credits for John Kane, Peter Howard and Larry Wilcox shall at all times be in a type size two thirds of the size of the credit afforded to the other authors of the play as set forth above. In the programs, the credits shall appear on the title page thereof. No name of any person or company except the Licensee, principal sponsors and/or the star(s) of the Licensee’s production shall appear above the title or above the foregoing credits to the authors. The name of Herbert Stothart must be included in the authors’ credits

The title page of the program shall contain the following announcement in type size at least one-half the size of the authors’ credits: