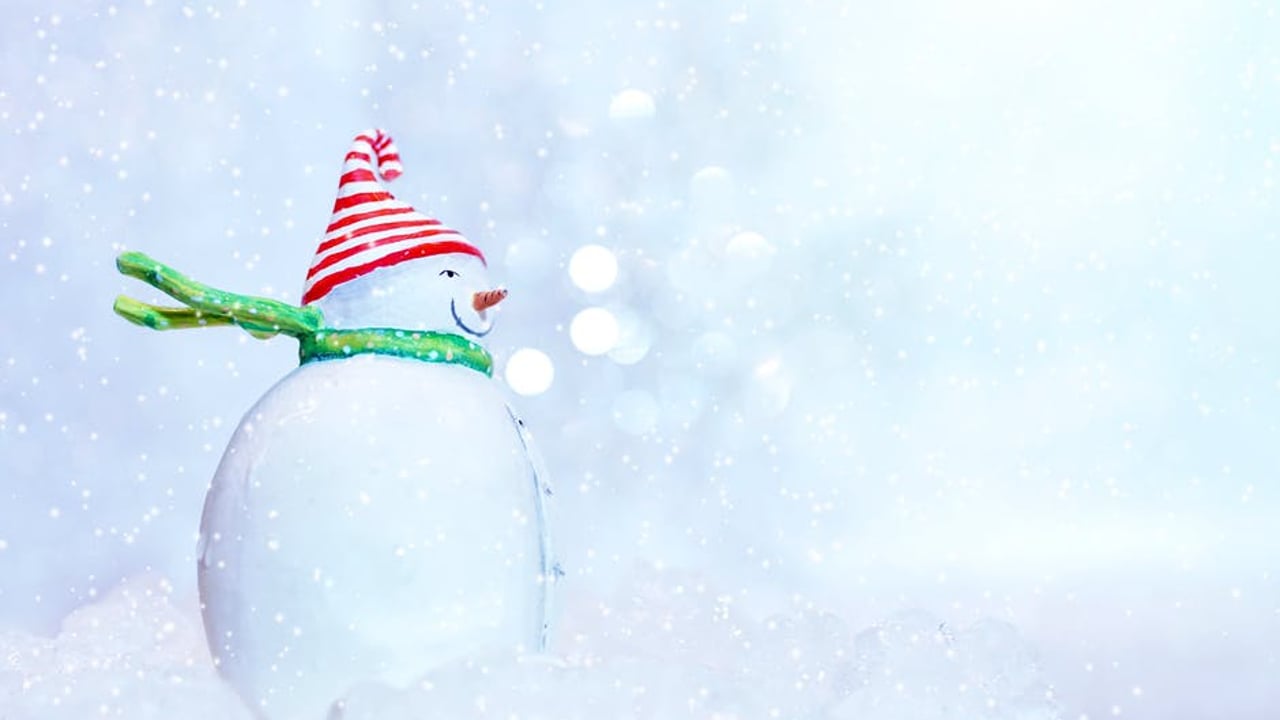 After a night of heavy snowfall, a boy wakes up and plays in the snow, eventually building a large snowman. At the stroke of midnight, he sneaks downstairs to find the snowman magically comes to life. James shows the snowman around his house, playing with appliances, toys and other bric-a-brac, all while keeping quiet enough not to wake James' parents. The two find a sheeted-down motorcycle in the house's garden and go for a ride on it through the woods. Its engine heat starts to melt the snowman and he cools off in the garage freezer. Seeing a picture of the arctic on a packet in the freezer, the snowman is agitated and takes the boy in hand, running through the garden until they take flight. They fly over the South Downs towards the coast, seeing the Royal Pavilion and Brighton Palace Pier, and north along the coast of Norway. They continue through an arctic landscape and into the aurora borealis. They land in a snow-covered forest where they join a party of snowmen. They eventually meet Father Christmas along with his reindeer; he gives the boy a card and a scarf with a snowman pattern. The snowman returns home with James before the sun rises and the two bid farewell for the night. On Christmas Day the following morning, James wakes up to find that the snowman has melted, leaving only his hat, scarf, coal eyes, tangerine nose, and coal buttons in a pile of melted snow. James kneels down by the snowman's remains while holding his scarf, mourning the loss of him.

You are currently browsing the Canada version of our site.